HISTORY
We are the best Vetagro since 1999
PAVES VETAGRO LIMITED was established in 1999 and registered in 2001 as a sole proprietorship then incorporated as a private limited liability company in 2007.

It is an agribusiness company that offers agricultural and animal health products and services to farmers within Pokot and Trans-Nzoia Counties.
OUR VISION STATEMENT

To be the Agribusiness Company of choice that offers quality agricultural and animal health products and services. 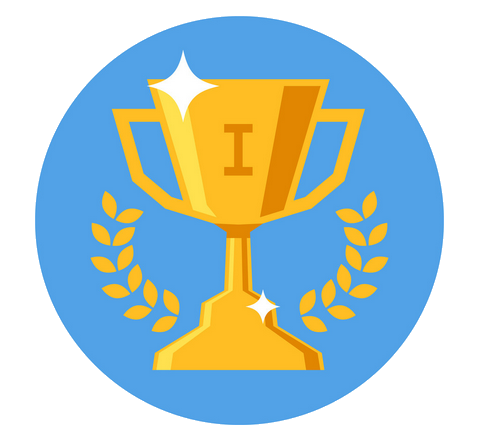 ACHIEVEMENTS
The Company has become a leading agribusiness in the North Rift with outlets in Kitale and Kapenguria that have satisfied the needs of famers and livestock keeps in the region.

The Company has become a successful agribusiness that is a model “Pastoral Veterinary Practice” in the whole of East Africa. For this, the Managing Director, Dr Benson Ririmpoi, was honored with “The Veterinarian Of The Year Award, 2013/14” by The Kenya Veterinary Association.

We have empowered livestock keepers with practical skills through partnerships and the trainings that we offer to them in the areas of animal husbandry practices, disease control and reporting, marketing and advocacy among others.

We have contributed immensely to the improvement of animal genetics among pastoral communities through our artificial insemination services and advisory services . For this, we were offered a Certificate of Recognition for outstanding delivery of Artificial Insemination Services by American Breeders Service, in 2005.
Company Experience
Since the year 1999, Paves Vetagro Ltd has been championing the good of the agricultural and livestock industries for improved means of livelihood among communities with a lot of emphasis to the pastoralists. Our target area includes, but not limited to, the following Counties: West Pokot , Turkana, Trans-Nzoia, Elgeyo-Marakwet, Bungoma, Uasin Gishu. We have contributed to the following through our Company activities :

Between 1999 and 2003 we partnered with SNV and the CAPE Unit of AU/IBAR to develop and implement the best Pastoral Veterinary Practice in West Pokot and Turkana. This resulted in Paves Vetagro becoming the company that has the best and most successful pastoral veterinary practice in Kenya.

For close to 15 years, the Company has partnered with the following organizations in provision of agricultural and animal health products to vulnerable members of the community in Trans-Nzoia, West Pokot and Turkana: World Vision Kenya, ICRC, OXFAM GB, Action Aid, FAO and the Catholic Diocese of Lodwar.

The Company supplied agricultural and animal health products to NGOs and Governmental Organizations in Turkana and West Pokot Counties for the last ten years through tenders and bids. As at end of 2014, the cumulative total cost of the projects is close to one hundred million Kenya shillings (Ksh 100M).

The Company has been one of the major agents of Kenya Seed Company in West Pokot, Trans-Nzoia and Turkana Counties for over ten years. We have therefore become a major partner in providing farmers with quality seed in the region.

The Company has been a top distributor of several Suppliers such as Bayer East Africa Ltd, Twiga Chemical Industries Ltd, Osho Chemicals Ltd, Norbrook Kenya Ltd, Bimeda Ltd, among many others.

We are involved in sharing of livestock and livestock products marketing information with pastoralists thereby helping them gain better profits from their livestock. We encourage livestock keepers to form Livestock Marketing Groups through which they come together and share market information as well as carry out advocacy.

We are involved in linking pastoralists with agencies such as KLMC for lobbying and advocacy. Because of this, exploitation of pastoralists by livestock traders (middlemen) has been reduced to a large extent

We have developed and implemented a simple Business Skills Training Manual for livestock keepers. We have carried out many trainings to livestock keepers with the result of many venturing into the stock trade and the existing traders becoming more skilled in the business.

We also help train livestock keepers in general animal husbandry practices which include among others, breeding, feeding, disease control and treatments, disease surveillance and reporting.

We are a very important link between the pastoralists and the Ministry of Livestock within West Pokot County, especially in matters of disease surveillance and reporting.

We were the first local Company to introduce companies dealing in Animal Pharmaceuticals and Agricultural Products to carry out activities in West Pokot. We started partnerships with these companies, together with the Ministry of Agriculture and Livestock Development in organizing field days within West Pokot. This has immensely benefited livestock keepers and farmers.

In 2002, we became the first, and only company to date, to introduce artificial insemination services for the improvement of animal genetics in West Pokot County.

We partnered with International Committee of the Red Cross (ICRC) in developing and implementing an Animal Health Peace Program along the border of West Pokot and Turkana. This project was implemented for three years between 2004 and 2006 and achieved some measure of harmonious coexistence between the two communities along the border.